skip to main | skip to sidebar

The Dead Sea Scrolls are not dead yet

It took 43 years since the discovery of the Dead Sea Scrolls from 1947-1952 until they were finally made public in 1991-1995. Most are now housed in Israel Museum's Shrine of the Book constructed in 1965 and the Jordan Museum in 2011. Since 2011 there is an online site: The Digital Dead Sea Scrolls, but this is not a complete set. Many pesher fragments have not been scanned!! As to the important Habakkuk Scroll, it does not contain a translation as the translations have been deemed copyrightable, which is a travesty to world knowledge. Ultimately the general public may have heard of the copy of Isaiah in a huge scroll, but are in the dark on those original works of pesharim and their importance to Christianity.

As has been true from the days of Galileo, anyone who dares to suggest that Church doctrine is false has been ridiculed and suppressed. The scholars and the Christian fundamentalists have fought tirelessly against two of the most important innovative scholars, John Allegro and Barbara Thiering, just because they suggested that the pesharim of the Dead Sea Scrolls might have inspired the writers of the Gospels.

You see the writers of the DSS took passages from the Bible and interpreted them as prophesies that related to their present time. They believed that their time was special because prophets like Daniel predicted that God would intervene of the side of Israel to bring His kingdom to earth and displace all the pagan kings with their king, a descendant of David. Even the descendant of David was contested between Jesus, the first born, but conceived in a slight violation to Essene rules, and James, the second son, also of Mary and Joseph.

These two scholars Allegro and Thiering began to look at the inconsistencies of the Gospels and came to the conclusion that they must have been written in a way that would lend itself to pesher interpretation. If the Old Testament contained messages that could be deciphered, then the writers of the Gospels would have written the New Testament in the same way. The obvious symbology of Revelation that is nearly undecipherable also lends credence to this theory.
*************************
John Allegro was one of the initial people working on deciphering the Dead Sea Scrolls and was the first to decipher the Copper Scroll in 1956. With his very scholarly, difficult to understand words and sentences which I have extracted, he makes these observations in his talk Jesus and Qumran – The Dead Sea Scrolls, April 19, 1985

There are quite a few similarities to the Essenes and Therapeuts in the stories of Jesus being "a gentle rabbi, friend of little children, Roman tax-collectors, and ladies with gynecological problems" who was able to heal by "secret passwords and sayings."
We tend to dismiss the "verbal puns and nicknames in the Gospel narratives as examples of the trivial banter to be expected among friends and we have been too ready to shrug off the grammatical mistakes as mere faults in transmission by linguistically incompetent scribes. However, once we begin to treat those 'onion skins' more seriously, we shall begin to recognize beneath their surface other meaningful concepts, and to find their source in key biblical texts whose manner of interpretation is now explicable in terms
of the Essene pesharim."

"In the sectarian rules of conduct (in the Dead Sea Scrolls) we can see clear patterns for the organizational structure
and discipline of the early Christian communities, like the institution of the presbytery and bishopric, disciplinary procedures,
standards of communal behavior, methods of joint funding, attitudes to women and sex, the theological basis for the practice
of spiritual healing, and so on."
**************************
Barbara Thiering made similar statements in her book Jesus the Man (Jesus and the Riddle of the Dead Sea Scrolls) published in 1992 after the BBC film with a similar title in 1990. Her thoughts on the subject can be found on the web site which I built for her. These are quotes are from Explaining Miracles from her Pesher Technique website.

"We avert our eyes from these stories now, having learned to dismiss them as part of the beliefs of that ancient dreamtime in which we think Christianity arose. Biblical critics in the 19th century did their best, offering parallels from the Old Testament about the way such legends could arise and be preserved in oral tradition. It was essential to their case that there must be as long a gap as possible between the time of Jesus and the setting down of these legends in the gospels, so they dated the gospels late in the century."

"But the Dead Sea Scrolls no longer allow us to think of the period of Christian origins as a kind of dreamtime, one that relied on oral tradition. We are dealing with intellectually sophisticated people studying the best science of their day in ascetic schools, with full writing facilities."

"These were clues leading me to what at first was a hypothesis. Supposing a group holding the Qumran definition of a two-level scripture set out to write a new scripture, would they not be obliged, on their own definition, to construct their new scripture in two levels? Supposing also that they had a history that they wanted to preserve, yet confine to an inner elite group, would not the pesher theory of scripture serve them very well? Their ordinary members would benefit from the surface meanings concerning morality, while the inner group would discover actual historical events concerning their institution."

***************************
And as I have said at the beginning of the blog, the attacks have almost succeeded into negating these two pioneers in true Biblical scholarship and placing them in the realm of the misguided and crazy. This is, of course, from the fear that, if they were right. Perhaps Christianity was just a follow-on from the Essenes and Therapeuts and not unique, but most importantly it might be that Jesus was not the Son of God and the redeeming Christ who died on the cross. Maybe Jesus was just an inspired person, who was there at the right time, to fill in for John the Baptist when he was beheaded.

To discredit Allegro and Thiering, many have even attacked the original assumption that Qumran, located near the Dead Sea Scrolls, was an Essene monastery, even though the comments of Josephus and Philo show that it must have been.

Having lumped all the scrolls into a timeframe of the 2nd to 1st century BCE by carbon dating, many have ignored the fact that, for instance the Habakkuk fragment can just squeak into 2CE, and allowing for the frugality of the Essenes, might have written 30 years later on 30 year old paper.

Using this 2nd to 1st century BCE they have concocted theories on the 'Wicked Priest' and the 'Teacher of Righteousness' contained in the pesher commentary fragments as being Jonathan Maccabeus (161-143 BCE) and some unnamed priest, and yet a far better theory is that the Teacher of Righteousness is John the Baptist.


They have attacked John Allegro as a druggy since he published a book called 'The Sacred Mushroom and the Cross' and Barbara Thiering for her proofs that Jesus was illegitimate and that he was married twice. No one can be 100% perfect, but the fact still remains that scholars and religious fanatics may shut their eyes, but the truth is there for all to see.

The Dead Sea Scrolls are not dead yet. The solution to the meaning of the Gospels is 'out there.'
Posted by Dylan Stephens at 19:42

Thank you for visiting my site, please buy one of my paperback and Kindle Books below
Purchase the paperback and you to get the Kindle book free. 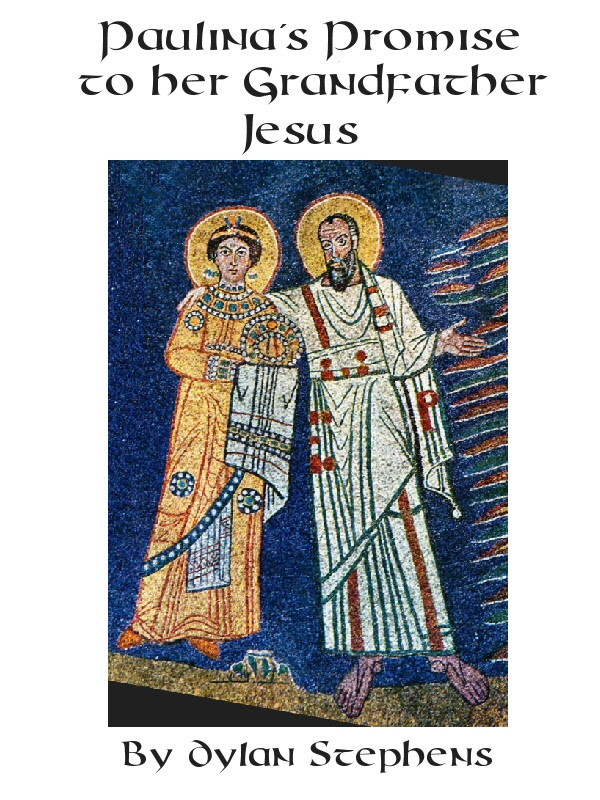 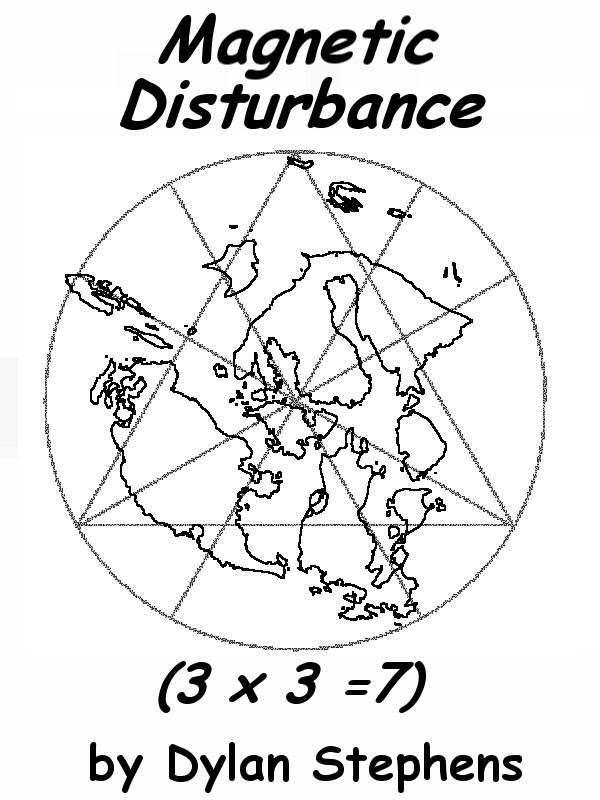 Dylan Stephens
Bellingham, Washington, United States
Dylan Stephens, having graduated with a Bachelor of Science degree from Georgetown University (Class of 68 with President Clinton), I pursued a career in computer systems and GIS programming. However, this did not stop me from becoming a songwriter of 500 songs with a recording contract from Columbia Records, becoming part of the inner circle of the metaphysics teacher G.I.Gurdjieff and studying under the Native American medicine man “Man with Ravens”, founding a nonprofit Infinite SOULutions Foundation, supporting the online site for the pesher technique of Dr. Barbara Thiering (the writer of “Jesus the Man”), and establishing my own online site: The Pesher of Christ, publishing two books: “Paulina's promise to her grandfather, Jesus” and “The Seven Sisters and the Apocalypse”. I just recently set up a group forum at nonesdones.com to discuss how to find a replacement from the failing religions.